Inauguration of the second stage of the Mauritius Metro Express 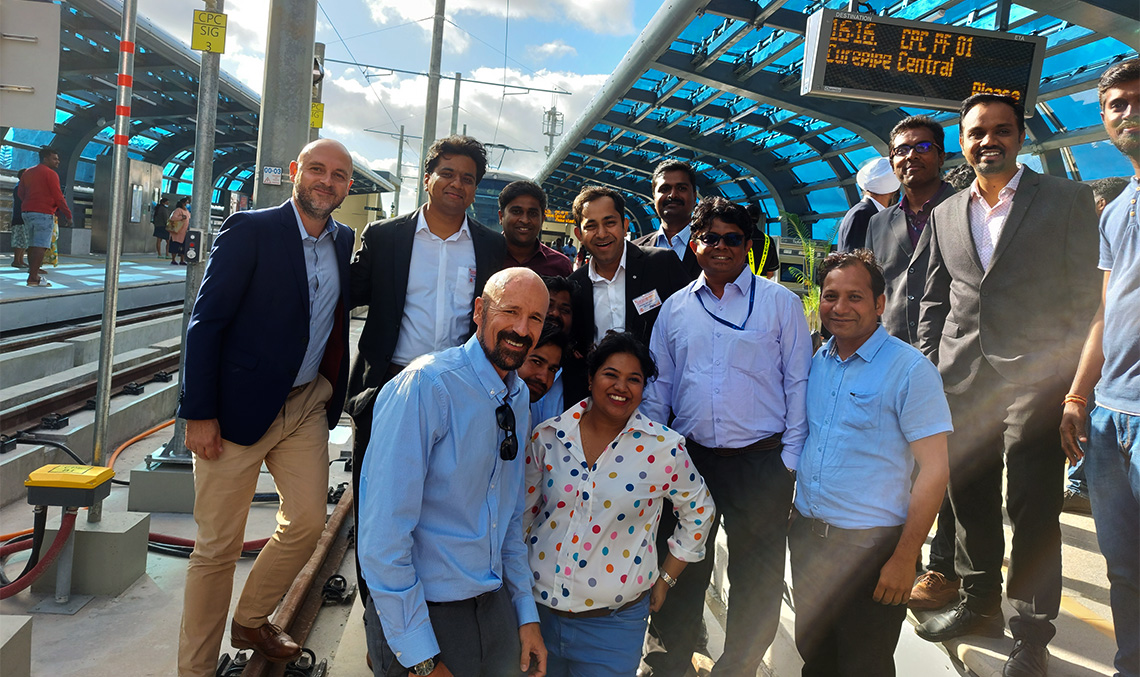 The last section of the Mauritius Metro Express from Phoenix to Curepipe is now available for the country's more than 1.2 million inhabitants. These two locations are 6.5km apart, with 7 stations built along this section.

Accordingly, the work set out in the initial contract that the CAF Group entered into with the construction company Larsen and Toubro in December 2017 has now been completed. A total of 26km of track and 19 have been built. The first stage which runs 12.4km from Port Louis to Rose Hill has been in operation since December, 2019. Subsequently, new sections have gradually been commissioned as part of the second stage of the project: Rose Hill-Quatre Bornes (2.6km); Quatre Bornes-Phoenix (3.6km) and Phoenix-Curepipe (6.5km) CAF T&E has worked on the design and construction of the signalling system, automatic vehicle location system (AVLS) and traffic light priority system (TSPS), and has also performed the comprehensive management of the project including the integration of the aforementioned subsystems.

“The third phase of the light rail of 3.5km of track that will connect Rose Hill with the University of Mauritius (Reduit) is already underway".

The customer's satisfaction with the work carried out over this time has prompted them to enter into a new contract with CAF T&E to develop the third stage which will provide services from Rose Hill to the University of Mauritius (Reduit). 3.5km of new track and a further 3 stations. This new contract was entered into in November 2021 and the services are expected to be commissioned for service by the end of this year.